Put yourself in Bill’s shoes. Recently he set out to photograph the atmosphere of Nickelodeon Universe, a world-class amusement park. The best way to comprehend the challenge Bill faced is to visit the park at Mall of America. As proven in Nickelodeon’s 2012 marketing campaign, “We Want Your Scream,” the place is an overwhelming, kid’s nirvana. Bill’s recent assignment was to capture it all. 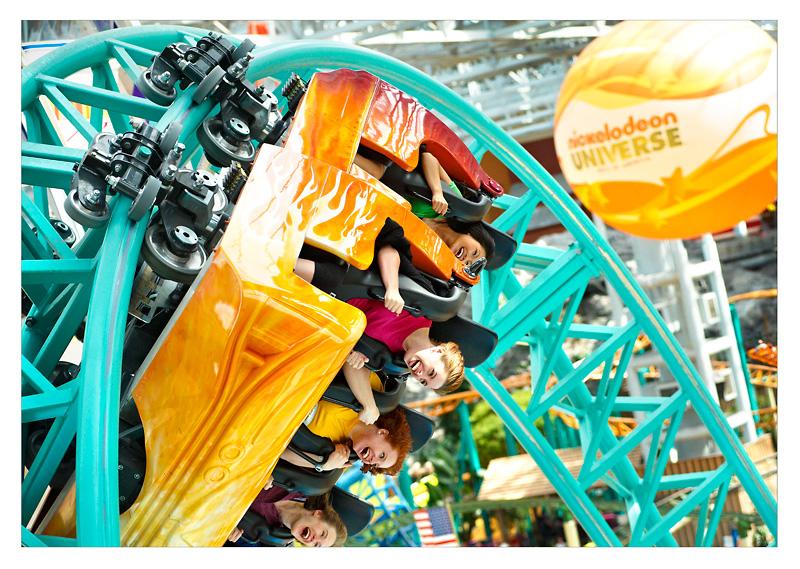 As you may know, the campaign went on to become an award-winning success. Just how did Gamut One contribute to this brand-building blockbuster? Well, Bill’s photography figures prominently in the campaign. Here’s how he operates…

First of all, Bill plans everything possible. Clients often ask: What contributes to a successful photographic shoot? The answer: Technical execution is critical, but the key to great photography and successful integration with the overall marketing campaign comes down to planning. 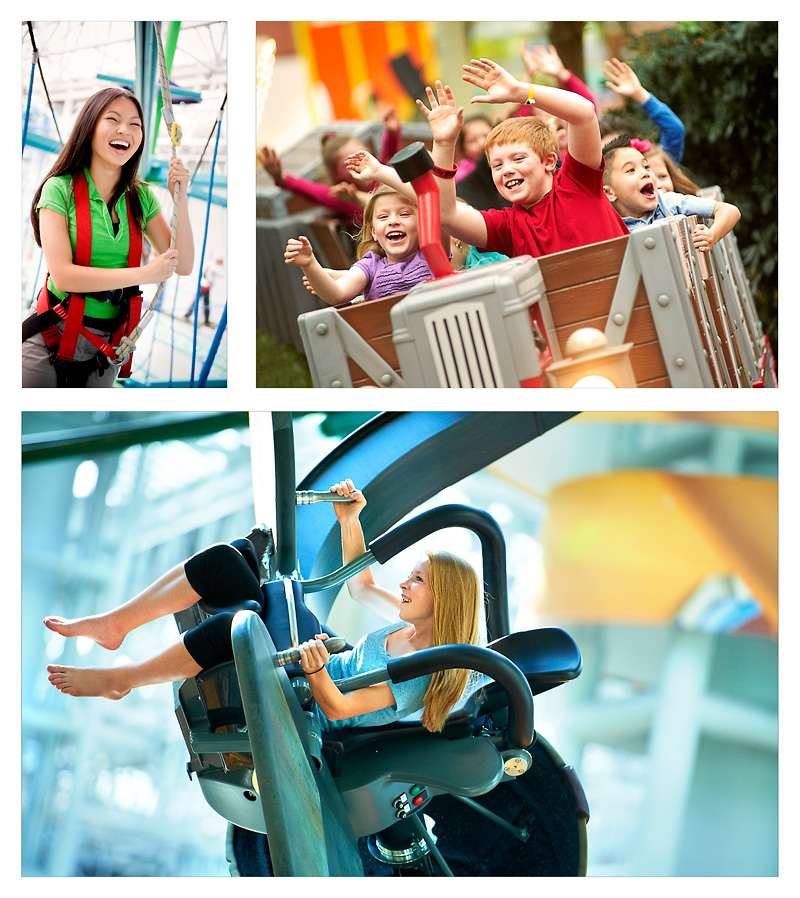 At Mall of America there were time constraints due to scheduling. Additionally, Mall of America’s enormous skylights change the lighting minute-by-minute. Navigating the model group through the rides required upfront planning and careful on-site management. Timing was a constant consideration. Allowing a motion sick kid to take one more “drop” on the Rock Bottom Drop (it’s exactly what it sounds like!) wouldn’t get Bill the shot he needed. Because the opportunity to capture genuine emotion is fleeting, successful shots don’t just happen, they are planned.

Understanding the key client objective is critical. During pre-shoot discussions with the client about the goals for “We Want Your Scream,” the mandate became pretty clear: capture the scream. To do so, Bill pushed the limit. Since he was dealing with high speeds and excitement, he had to board the rides. Riding backwards on a roller coaster eight times to get the perfect shot? Been there. Done that. 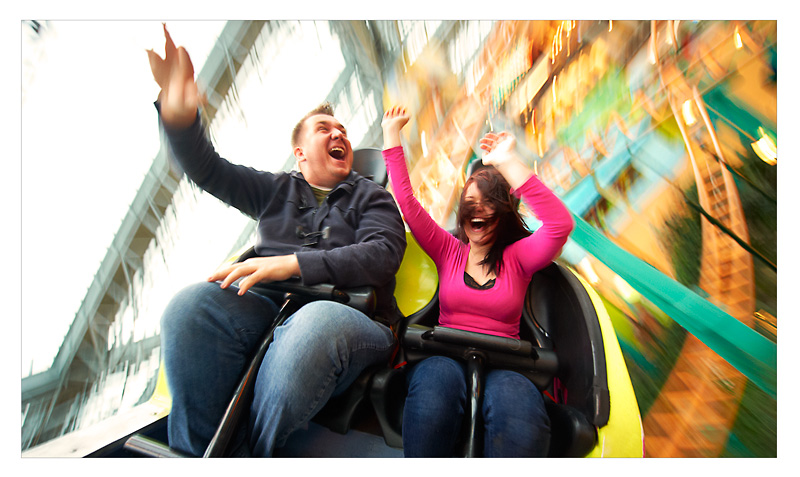 When Bill walked through the amusement park for a pre-shoot visit he was immediately struck by the magnitude of technical aspects the job would face. Each ride presented different obstacles and opportunities due to the layout and pure emotions of the ride models. Through utilization of stop action photography techniques, Bill was able to freeze flowing hair and capture peak emotions. Tactics such as slow shutter speed and effective panning illustrated the speed and raw power of the ride experience.

When Bill starts having fun it’s contagious. By participating with the group he gained insight into their experience and captured the unique essence of each ride. At Gamut One, having fun is more than a method of meeting client goals, it’s a competitive advantage.

And that’s the story of how Bill took more speed than a photographer can handle (to this day he can’t look at the Splat – O – Sphere, without getting “that sinking feeling”). To keep up with our adventures in photography subscribe to our RSS feed. 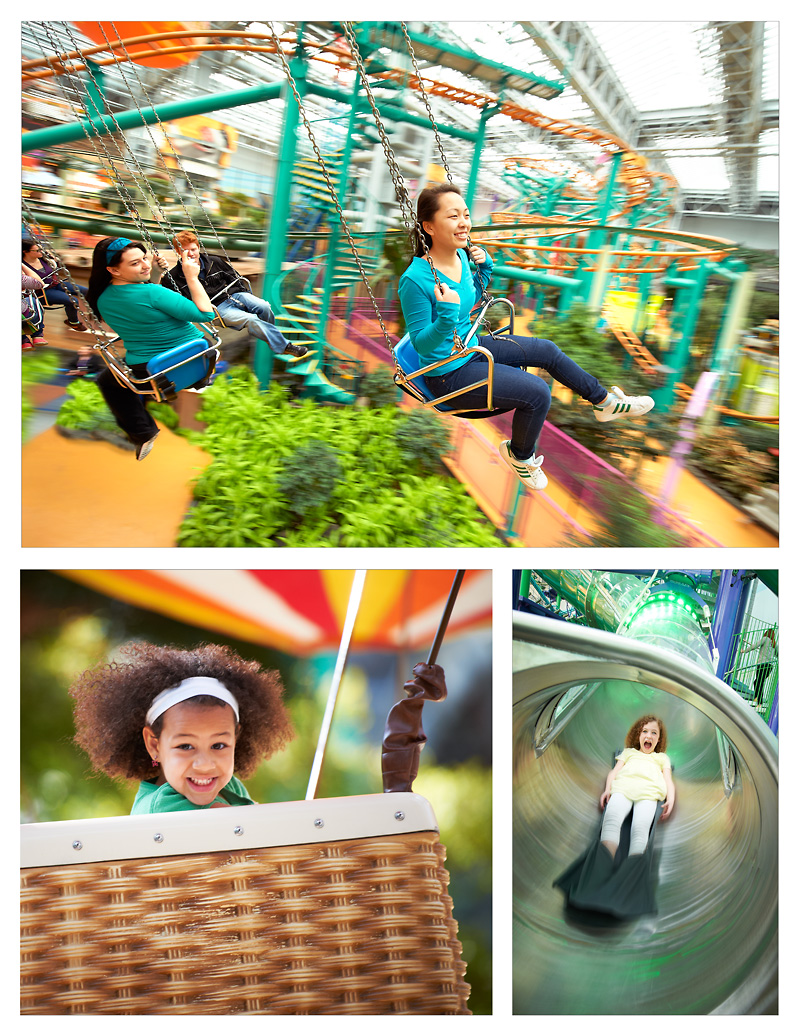